The Land Consolidation Assembly with qualified majority of landowners in the village of Logovardi (Bitola Municipality) adopted the Plan for re-allotment of the agricultural land in the Logovardi land consolidation project area. After the villages of Egri and Trn (also in Bitola Municipality) and Dabjani (Dolneni Municipality), this is the fourth adopted majority-based land consolidation plan under the EU-funded MAINLAND project, co-funded by FAO and implemented in close cooperation with the Ministry of Agriculture, Forestry and Water Economy.

The land consolidation project in Logovardi concerns 399 hectares (ha) of agricultural land owned by 388 landowners. With the adopted land re-allotment plan, the number of land parcels is reduced by more than twice – from 789 to 364 parcels with an average parcel size of 1.1 ha (compared to 0.5 ha average before consolidation). The new land parcels have regular shapes and better access to the agricultural infrastructure, enabling more efficient and competitive agricultural production.

‘’Thanks to the MAINLAND project, we will finally have our land better organized to improve farm productivity’’ said farmer Dragi Djumkovski from Logovardi village. According to him, being productive and competitive was impossible with the fragmented and small parcels. With the adopted re-allotment plan, his 13 land parcels scattered in remote locations across the field will be consolidated in three large, regularly-shaped parcels, with better access to the agricultural infrastructure and an average size of 2.2 ha (compared to 0.5 ha average before consolidation). This will allow greater farming efficiency, and opportunities to modernize and scale up agricultural production.

Based on the adopted land re-allotment plan for Logovardi, in the coming months the MAINLAND project will support the registration in the Real Estate Cadastre of the newly formed land parcels and their staking out on the field.

The European Union - funded project “Mainstreaming of the National Land Consolidation Programme”(MAINLAND) is implemented by the Food and Agriculture Organization of the United Nations (FAO) to provide support to the Ministry of Agriculture, Forestry and Water Economy in implementing the National Land Consolidation Strategy 2012-2020. The Project budget is EUR 2.86 million, financed from the EU Instrument for Pre-accession Assistance (EUR 2.5 million) and FAO contribution (EUR 0.36 million). The project is implemented over a period of 68 months, starting from March 2017 until November 2022. The overall objective of the project is to mitigate the agriculture land fragmentation and increase farm sizes, as to increase the competitiveness of agricultural production, to improve the living conditions in rural areas and to provide sustainable use of natural resources. 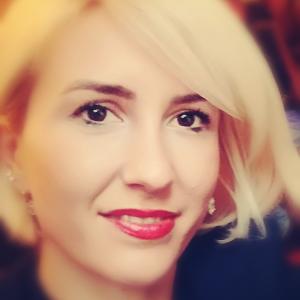