The missing piece of the puzzle: the opening of Shar Mountain National Park creates one of the largest transboundary protected areas in Europe

Skopje, North Macedonia, 1 July 2021 – The creation of Shar Mountain National Park in North Macedonia means the final puzzle piece for one of the largest transboundary protected areas in Europe is now in place. With the approval of the new 627.05 square-kilometre national park, a transboundary protected area has now been established totaling around 2,400 square kilometres.

Illegal logging has until now plagued the mountain range, resulting in an increased frequency of flash floods; the new park, declared soon after World Environment Day 2021 and the launch of the UN Decade on Ecosystem Restoration on 5 June, places precious ecosystems and habitats under strict protection.

“Historic decisions such as the creation of Shar Mountain National Park can boost the health of nature that supports all life on Earth. Ecosystem restoration is also essential to slow or reverse species loss” said the United Nations Environment Programme’s Europe Director, Bruno Pozzi. “It has been a privilege for UNEP to be with North Macedonia on this journey. In the end, it is the citizens, through their representatives, who have agreed to protect one of their natural treasures.”

“This is Shara. This is our new national park. We’ve done it. We worked so hard. It has taken over 27 years. I’d like to say congratulations to everybody. This is going to create development, tourism, infrastructure. This is going to give us and the citizens living here an opportunity to come back to live here and work here. We’re proud of it. We want the world to know it,” said Naser Nuredini, Minister of Environment and Physical Planning of North Macedonia.

After years of national debate, the Nature Division of the Ministry of Environment and Physical Planning of North Macedonia has completed a broad consultation process. Different sectors of society, including hunters and environmental organisations, stepped up their efforts to consider each other’s needs and views and pave the way for a final agreement. A majority of 66 Members of Parliament voted yesterday evening at the Assembly of the Republic of North Macedonia in favour of the proclamation of the Shar Mountain National Park, writing a new green page in the history of their country.
“Here we don’t have factories or anything like that - only mountains. If Shar Mountain becomes a National Park, we hope for a better future. For us, the tourists and everybody,” Reshit Reshiti — a sheep farmer in the village of Veshala — said ahead of the vote.

North Macedonia is a European biodiversity hotspot. Two-thirds iof the country’s plant species, including numerous endemic ones, are found in Shar Mountain. More than 70 species of medicinal plants alone are collected and used there. Barely fifty critically endangered Balkan lynx are estimated to remain in the country, but they are now among the animals that have the promise of a safer future.

“Shara is home to an abundant share of all the biodiversity in North Macedonia. Here we can find animals like wolves, bears, lynxes, and foxes,” said Metodi Čilimanov, a professional mountain guide working in Shar Mountain. “Thanks to the nature, we also have Shar Mountain’s tea and tulips, as well as the wonderful saffron that grows here,” added Metodi showing a tattoo of the colourful flowers on his arm.

Shar Mountain National Park is divided into four zones with different levels of environmental protection. Only scientific research, traditional grazing and hiking on marked trails will be permitted in the strictest zone, which contains glacial lakes and peatlands and makes up around 25% of the territory. Hunting, the use of motorized vehicles, camping and the building of new houses will be banned there. Meanwhile, in the active management zone, which covers almost half of the park’s area and includes the most important forest ecosystems, economic activity that does not negatively affect nature protection will be allowed. For example, wood and stone constructions for visitors and the building of new grazing shelters is to be permitted, while motorized vehicles used by the National Park management body will be allowed to circulate. A further ‘zone for sustainable use’ covers 22% of Shar Mountain and contains infrastructure and settlements. The construction of major new infrastructure, such as ski lifts or hydropower plants, will be banned in the zone, yet camping can take place in certain locations, and visitor information centres can be built. A ‘buffer zone’ will furthermore exist around Popova Sapka Ski Resort, where measures must be taken to mitigate the resort’s environmental impact. More details of what is to be allowed in the park’s zones will be defined in the coming months.

The area covered by the park includes 30 villages with a total of more than 26,000 inhabitants. A survey conducted in April 2021 found that 82% of people surveyed living in the Shar Mountains were in favour of the proclamation. The Park is expected to bring new opportunities in areas such as eco and ethno-tourism and cattle-breeding. Meanwhile, traditional products such as cheese, honey and tea, as well as musical folklore, could be further anchored in the mountains.

“By proclaiming Shar Mountain as a National Park, we should keep this freedom and be able to protect all the values and beauties Shar Mountain has,” said Dursim Rushani, a horse keeper in the village of Bozovce.

A UNEP project initiated in 2016 with the support of the Global Environment Facility (GEF) has contributed to the establishment of the Shar Mountain National Park. Under the project, a series of meetings were organized between park stakeholders, as part of a challenging process to find compromises on key issues. Valorization and socio-economic studies were furthermore conducted to identify drivers of environmental threats to the area and the opportunities a national park could create. Future rangers are now being trained to manage the park, while land degradation will be closely monitored.
The Convention on Biological Diversity is due to hold its fifteenth Conference of the Parties meeting in October in Kunming, China. The landmark meeting aims to set in motion a global movement to help countries halt and reverse land degradation. A new global biodiversity framework will be set, and is likely to include fresh targets on the proportion of national land area that should be protected.

A United Nations General Assembly resolution issued in April called on Member States to maintain and enhance the connectivity of habitats, including through increasing transboundary protected areas. North Macedonia is the latest to have offered the world a new national park that will connect wildlife beyond its borders.

Download photos and a package with broadcast-ready video footage and quotes to accompany media stories.

About the UN Decade on Ecosystem Restoration
The UN Decade on Ecosystem Restoration 2021-2030 is a rallying call for the protection and revival of ecosystems all around the world, for the benefit of people and nature. It aims to halt the degradation of ecosystems and restore them to achieve global goals. The United Nations General Assembly has proclaimed the UN Decade and it is led by the United Nations Environment Programme and the Food and Agriculture Organization of the United Nations. The UN Decade is building a strong, broad-based global movement to ramp up restoration and put the world on track for a sustainable future. That will include building political momentum for restoration as well as thousands of initiatives on the ground.
For more information, or to request interviews, please contact: 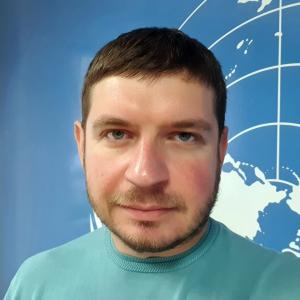